A confusing aspect of owning a mobile phone is in being able to tell the actual quality of the battery after a long period of time. With this, a battery may say that it is charged fully even though it drains significantly faster than it should as a result of deterioration. With this issue, this article discusses the different ways in which users are able to more accurately tell how their battery is performing and how much power remains.

For iPhone users, checking the health of the battery is extremely easy as Apple has introduced a new tool which helps to check the health without the need for third-party tools. With this, users can go into their Settings app and then Battery where they have the option to display the battery percentage or activate Low Power Mode to optimize battery life at the expense of performance. In the Battery Health (Beta) tab, users can see exactly what the Maximum Capacity for their battery is to evaluate the power relative to a new battery. For example, if the maximum capacity of the battery is only 90%, then at full charge the battery is only 90% of what a new battery could hold. However, this feature is still in Beta and is only available for certain iPhone versions. For those who are not on this iPhone version, users are able to download a third-party app that is able to display this information which is mentioned below.

For those with an iPhone that does not come with the Battery Health (Beta) option, Battery Life is an app that can be downloaded to perform many of the same functions and even more. For example, users are able to see the capacity of the battery and how much a full charge would be relative to this amount. Furthermore, users can see the runtime of different services on the phone such as 3G Talk Time and LTE Browsing so that they can tell which services are running the most batteries and for how long. In being able to see the different data through the app, those without the Battery Health (Beta) feature on the iPhone can get the information about the capacity of their battery.

READ  How to Downgrade to the Old (and better) Snapchat Version 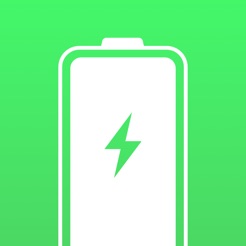 Android devices do not have a built in feature that allows users to see their battery life such as with the iPhone but are able to download third-party apps which help to show the battery capacity. AccuBattery (Android) is an app that not only detects the battery capacity of the Android device and displays it, but also has several different tools which help to prevent instances of overcharging that can lead to a deteriorating battery. For example, if a battery is fully charged, it is recommended that users stop charging their phone otherwise it could possibly damage the capacity. With this, the app has an alarm that notifiesusers that the charge is complete. Furthermore, there are other insights that are offered through AccuBattery such as charge speed, charge history, and apps that have taken up the most batteries so that users know to limit usage of these tools. With the combination of these functions, AccuBattery is one of the best apps that can be used by Android users to evaluate battery performance and capacity as well as a range of other metrics. As the battery percentage that is shown on the phone is often misleading as the battery capacity is lower than what it was when it was brand new, users are now able to tell what their battery capacity really is with these tools. From built-in functions on the iPhone which display this information to third-party apps that perform the same function on Android devices, this article shows the different tools available to display the true capacity.

An additional tip that can be used to ensure that the capacity of battery does not deteriorate over a long period of time is Battery Doctor-Battery Life Saver & Battery Cooler (Android) which is one of the best tools designed to help prolong battery life and capacity. With the app, users are able to control different settings that affect battery performance to include different chagrining times and charging cycles depending on what is best for the device. Furthermore, users can toggle different options that optimize battery performance and phone temperature so that it does not overheat by closing the apps that are taking the most batteries. As few built-in features are made available for battery maintenance on phones coupled with the fact that fewer and fewer phones are built to be replaceable with new batteries easily, this tool is highly recommended to ensure that the battery is healthy and can last a longer period of time.